Bayside’s staff makes sure that you and your pet receive exceptional veterinary medical care and customer service.

Lawrence F. Steinberg, DVM
Dr. Steinberg received his Bachelor of Science degree from the University of Maryland in 1975 and received his Doctor of Veterinary Medicine degree from the University of Georgia in 1979. He opened Bayside Animal Medical Center in February of 1996 and, through the hard work of a dedicated staff, has seen the practice flourish into one of the premier animal care facilities in the area. Dr. Steinberg and his wife, Donna, currently reside in Millersville with their cats, Chloe, Lilly, Joffrey, and Fiona, and their dog, Peyton.

Alexandra F. Bray, VMD, CVA
Dr. Bray received her Bachelor of Science degree from Cornell University in 1991 and received her Doctor of Veterinary Medicine degree from the University of Pennsylvania School of Veterinary Medicine in 1996. Dr. Bray also studied acupuncture and herbal medicine at the Chi Institute, a leader in traditional Chinese veterinary medicine in the United States, and received her designation as a Certified Veterinary Acupuncturist. In 2008, Dr. Bray joined Dr. Steinberg as a partner at Bayside Animal Medical Center. She is a member of the American Veterinary Medical Association and the Greater Baltimore Veterinary Medical Association. Dr. Bray resides in Severna Park with her husband, Jim, and their son and two daughters. They share their home with Lilly, a Pug, Olive, a lab, three cats, Ernie, Bert, and Elmo.

Sondra Oliver, DVM
Dr. Oliver graduated from the Virginia-Maryland Regional School of Veterinary Medicine in 1999. She received a vet school award for compassion with homeless animals and care for gastrointestinal diseases. Dr. Oliver received a Bachelor of Science degree in Zoology from Louisiana State University in 1985 and a degree in Pharmacology from Xavier University in 1987. She was previously employed at Johns Hopkins Oncology Center, working with cancer patients, before getting her veterinary degree. She currently lives in Baltimore with her husband, Charlie MacVicar and their cats, Nubbin, Gemma, Mr. Biscuit, Maisie, Sassafras Junebug, Sookie Gidget, and Jellybean, and their dogs, Butters, Pip, Pavee, and Rosie.

Kathryn Buchanan, VMD
Dr. Buchanan received her Doctor of Veterinary Medicine degree from the University of Pennsylvania School of Veterinary Medicine in 2012. She has a special interest in and love of exotic animals, and spent a month externing at the Los Angeles Zoo. Dr. Buchanan is a native to the DC metropolitan area having grown up in Fairfax Virginia. She earned her undergraduate degree in Neuroscience from the College of William & Mary in 2006. She currently lives in Annapolis with her husband Chris, their Golden Retriever, Satchmo, Shepherd mix, Penny, and cat Mongo.

Allyson DeLozier, VMD
Dr. Delozier obtained her Doctor of Veterinary Medicine degree at the University of Pennsylvania and her Bachelor of Science degree from the University of Pittsburgh.  Her special interests include exotic animal medicine, general soft tissue surgery, and some orthopedic surgery. She spent the first few years of practice in Philadelphia where she worked at a high volume exotic animal hospital and was an on-call doctor for exotic related emergencies at the University of Pennsylvania.  Dr. DeLozier and her husband enjoy traveling, hiking, kayaking, gaming, Pittsburgh sports, and exploring new and interesting cuisines. She currently lives in Severna Park with her husband, Christian, her great dane, Lily, her cat, Gwen, two leopard geckos, Arya & Kami, and a bearded dragon, Spryo.

Brittney Beigel, DVM
Dr. Beigel joined Bayside in 2020 and is a native of Severna Park. She received her Doctor of Veterinary Medicine degree from Lincoln Memorial University the in 2020. Dr. Beigel earned her Bachelor of Science undergraduate degree in Animal Science from the University of Vermont in 2014. She currently lives in Severna Park with her dog Penny.

Rebekah Sims, DVM
Dr. Sims received her Doctor of Veterinary Medicine degree from Texas A&M University in 2002 and her Bachelor of Science undergraduate degree in Biochemistry, also from Texas A&M. Dr. Sims moved to Maryland with her family after graduation in 2002. Her interests are in preventative and integrative care, and she is currently pursuing training in animal acupuncture and hospice care. She lives near Annapolis with her family and two cats, Bond and Felix.

Jessica Bowen, Head Surgery Technician
Jessica joined Bayside in 2005. She attended Community College of Baltimore County where she played soccer, and then attended Anne Arundel Community College to complete a veterinary assistant course. She resides in Chestertown with her boyfriend, two children, Brenden and Gabby, their two dogs Jackson and Leo, and three cats, Aspen, Wilson, and Goose.

Lacy Mitchell
Lacy joined Bayside in 2015 and is currently working towards becoming a certified veterinarian technician. She’s been around animals her whole life including goats, horses, chickens, dogs, cats, and reptiles. She currently resides in Pasadena with her teacup Chihuahua, Bambi, a St. Bernard, Elle, two Bassett Hounds, Franki and Joni, a pit bull mix, Goliath, and two cats, Clyde and Mia.

Amy Sterchele
Amy joined Bayside in 2017.  She currently resides in Elkridge with her family and pets.  She has over 20 years of veterinary technician experience.

Yelena Mattson
Yelena joined Bayside in 2018 with four years of experience taking care of animals and working with shelters. She resides in Pasadena with her eight dogs.

Kelsey Blades
Kelsey joined Bayside in 2019 with 9 years experience as a veterinary technician. She graduated from the Anne Arundel Community College veterinary assistant program in 2011. She resides in Severn with her three dogs, Fifi, Roxy, and Sophia.

Faith Wright
Faith joined Bayside in 2020. She recently graduated from Old Mill High School and currently attends AACC where she is studying to be a paramedic. Faith resides in Pasadena with her parents, sister Katie, their dogs Bailey and Thor, and their cats Hercules, Lucy, and Milo.

Demi Mondragon
Demi joined Bayside in 2020 from the Anne Arundel Community College Veterinary Assistant program. She currently resides in Glen Burnie with her husband, Chris, and their three dogs, Sage, Summer, and Willow, and two cats, Lillith and Lucius.

Madison Eisel
Maddie joined the Bayside team in 2021. Previously she worked at AAVEC and has been in the industry for over five years in various capacities.

Maeve Harrington
Maeve joined the Bayside team in 2021. She resides in Severna Park with her two dogs, Dakota and Crue.

Kai Jackson
Kai joined the Bayside team in 2021. He resides in Arnold with his family and his cat Cheddar.

Melissa Dorr
Melissa Joined Bayside in 2021.  She has over 15 years of veterinary technician experience.  Melissa resides in Glen Burnie with her family, her dogs Ellie and Hank, and her cat Rue.

Laura Wizbicki
Laura rejoined our team in 2008. She has been working with animals for years and has a loyal following from her grooming practice. She brings years of clinic management, technician, and grooming experience. Laura lives in Severn with her husband Steve and her brood of Chihuahuas. In her spare time she enjoys riding her Harley with her Chihuahua, Rebel.

Sonya Muhly
Sonya joined Bayside as a groomer in 2012. She has been involved in pet care for the past 23 years. When not grooming, Sonya spends her time caring for her own menagerie, including dogs, cats, birds, and reptiles, or helping out various pet rescue groups including Willing Hearts Dalmatian Rescue and the AAC ASPCA as a reptile foster.

Jodi Longmire
Jodi started grooming at Bayside in 2016. She’s been grooming and showing dogs for over 20 years. Jodi resides in Arnold with her family and her championship french bulldogs.

Dawn Sunstrom, Veterinary Receptionist Supervisor
Dawn has been a Veterinary Receptionist since 1990. She joined Bayside staff in 2001 and enjoys working everyday with the clients and their pets. She and her family currently reside in Pasadena. Their household pets include Isabella-smella, Salsalita Lucille, Magoo, Gracie and Kitty Kitty Fey Fey.

Crystal Webb
Crystal has been with Bayside since 2002. She currently resides in Dundalk with her husband, Richie, their two boys, and their 3 dogs, Jack a beagle, Wally a boxer and Moose a pitbull mix. Crystal also works full-time for Anne Arundel County Public Schools. She enjoys spending time with with her family, friends, and pets.

Kaitlyn Mack
Kat joined Bayside in 2020. She has over six years of experience of working with animals at Petco. Kat lives in Severna Park with her two children, five cats, a bird, two snakes, and a ferret.

Sophia Sunstrom
Sophia joined Bayside in 2020. She is currently an outstanding student at Chesapeake High School. Sophia resides in Pasadena with her family and too many animals to count.

Michelle Schnoor
Michelle joined Bayside at the end of 2020. She has over 10 years of experience in the service industry. Michelle resides in Pasadena with her puppies Chance and Libby.

Crysta Roach
Crysta joined Bayside in 2022. She resides in Glen Burnie with her french bulldog, Hambone, her cat, Onyx, and her rabbit, Willow. 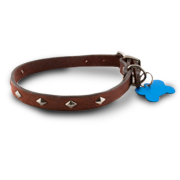